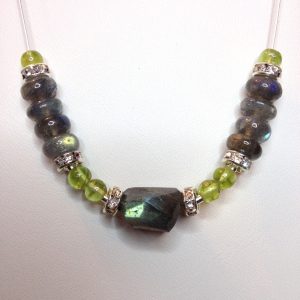 Lore of the Inuit peoples claim Labradorite fell from the frozen fire of the Aurora Borealis, an ordinary stone that transforms to the extraordinary, shimmering in a mystical light that separates the waking world from unseen realms.  It is, in every sense, a Stone of Magic, a Crystal of Shamans, Diviners, Healers, and all who travel and embrace the Universe seeking knowledge and guidance.  For self-discovery, it is excellent for awakening one’s own awareness of inner spirit, intuition and psychic abilities.

Labradorite is also the most powerful protector of the mineral kingdom, creating a shielding force throughout the aura and strengthening natural energies from within.  It protects against the negativity and misfortunes of this world, and provides safe exploration into alternate levels of consciousness and in facilitating visionary experiences from the past or the future.

Labradorite’s energy allows one to penetrate the veils of the Void, where all knowledge and possibility are held.  It is the place of potential and the source of creation, and for Shamans, Magicians, and Light Workers; Labradorite acts as a protective ally in recalling experiences from other realms, other times and past life experiences.  It assists in moving between the worlds and in bringing to this realm the creations which are for the highest good of all Beings.

Labradorite is a powerful protector of the aura, preventing energy leakage and others from tapping into and draining your personal energy.  It ensures all elemental forces are empowered and proportional within one’s system.

Referred to as the “temple of the stars,” Labradorite is thought to bring the light of other planetary Beings to the soul of the user.  Its labradorescence is believed to be of extra-terrestrial origins, and enclosed in the mineral to bring the evolved energies from other worlds to the Earth plane.

Wearing or carrying Labradorite allows one’s innate magical powers to surface.  It enhances the mental and intuitive abilities of clairvoyance, telepathy, prophecy and coincidence control; and assists in communication with your Higher-Self, Guides and Spirits in accessing the Akashic records, psychic readings and past-life experiences.  It provides an ease in moving between the worlds and permits a safe and grounded return to the present.

Labradorite radiates a predominant blue crystal energy that stimulates the Throat Chakra, the voice of the body.  It allows the energy from the other chakras to be expressed.  If it is blocked, or out of balance, it can affect the health of the other chakras.  When the throat chakra is in balance and open, it allows for the expression of what we think and feel.  We can communicate our ideas, beliefs, and emotions, bringing our personal truth out into the world.  We have an easier flow of energy within the body and spirit.  Darker shades of blue encourage the power of truth, while lighter shades carry the power of flexibility, relaxation, and balance.  Labradorite, with its iridescent flashes of color, can be very beneficial in uniting all of the chakras.

Golden Labradorite assists in opening the lower chakras during Spiritual practices, while the Spectrolite works with one’s “Rainbow Body” to enhance awareness of the higher realms.

As a workplace stone, Labradorite brings out the best in people, making work life more collaborative.  It encourages courtesy and full attention to the customer and assists part-time and temporary staff in becoming fully involved in a company.

Labradorite tempers the negative side of our personality, the traits and actions that rob our energy and produce depression or shame.  It assists in reducing anti-social, reckless or impulsive behavior in children, teenagers and adults who are easily led into trouble by others, and may aid in detoxifying the effects of tobacco, alcohol, and to a lesser degree, hard drugs.

Labradorite helps develop the hands’ sensitivity, making it useful for all who use the power of touch to heal. 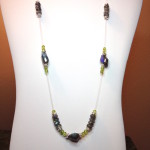 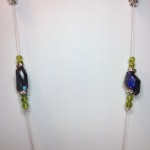 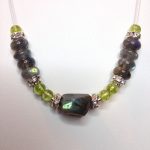 About Dr. Stacey A. Maxwell

Dr. Stacey A. Maxwell specializes in the human potential, personal development genre. Dr. Maxwell utilizes her immense education, experience, training and knowledge as the fundamental teachings in the mind-body-spirit connection as a whole in reaching your fullest potential from a metaphysical viewpoint, emphasizing the energetic universal laws and ones innate essence of being, their Spirituality.

She is a Doctor of Chiropractic and Acupuncture. She has a bachelor’s of science in human biology, majored in psychology, extensive specialized study and work in theology, philosophy, energy, physics and metaphysics to name just a few of her vast academic achievements. She is a licensed massage therapist specializing in energy work and is a reiki master. She is an accomplished doctor, author, speaker, humanitarian, and successful business owner of Peace Love Wings®.

Dr. Maxwell motivates and teaches the successful techniques to further assist you on “how” to incorporate them successfully into your life to begin achieving ones personal goals, finding your purpose, and ultimately “Living the Life of Your Dreams to the fullest and with Passion!”